Hills and valleys that once grew tobacco have sprouted houses, townhouses, apartments, pools, schools, shops and pathways. The name is the same – Long Reach – but the visage is different from when Major Edward Dorsey’s plantation covered this narrow stretch of land on the frontier of Anne Arundel County. On August 20, 1664, Lord Baltimore granted the Dorsey brothers (John, Joshua, and Edward) a 400 acre plantation on the Cabin Neck Branch west of the Severn River in Anne Arundel County. On November 10, 1695, Edward patented a 448 acre plantation on the county’s frontier, which later became part of Howard County, and today is Long Reach, the name of the original land grant. At his death in 1704 or 1705, Edward Dorsey divided Long Reach among three of his sons – Nicholas, Benjamin, and John. Dorsey descendants have been Howard Countians ever since, but the Long Reach lands passed from the Dorseys to other families.

When James Rouse was purchasing land for Columbia in the early 1960’s, the Long Reach area had three owners: Gerald Joseph & Mary Lee Muth, Getrude K. Winkles, and Henry Kinder. Construction plans for Long Reach were outlined in Fall 1969. The Village would have four neighborhoods (more than any other Columbia village). As in the other villages of Columbia, all types of housing were planned for Long Reach. The village was to retain a large, wooded stream valley traversing the neighborhoods while ponds and naturally wooded areas would remain as neighborhood parks. In June 1971, Howard Research & Development (HRD) announced that Long Reach would be “the first comprehensively planned village in Columbia.” Other villages had been planned neighborhood by neighborhood, but the total concept of integrating open space and dwelling space was considered in planning Long Reach. Although the neighborhoods would be planned prior to construction, resident input was still a vital part of the planning process.

Cluster housing was used to preserve as much open space as possible and unique measures were taken to protect the Little Patuxent River from collecting sedimentation during the construction phase. Construction of Long Reach began in Spring 1971, with the first residents moving in the Fall of 1971. On February 10, 1972, these residents (65 of the 204 eligible household units) elected the first Village Board and the first Columbia Council Representative to the CA Board. Lucy Lather was hired as the first Village Manager and on March 11, 1972, the first issue of the village newsletter, Reach Out, was published.

The first neighborhood center, Locust Park, opened in February 1973, followed by the Phelps Luck Neighborhood Center in September 1973, and finally the Jeffers Hill Neighborhood Center opening in 1974. It was decided that the fourth neighborhood, Kendall Ridge, would not have a neighborhood center with its pool. A town meeting in 1972 yielded a resident opinion poll that established an “arts & crafts center” as the Village’s recreational center. In July 1974, Antioch University’s Visual Art Center opened. The Columbia Association currently operates its Art Center in the building.

In September 1974, Stonehouse, the Village Community Center, opened. Earlier in that year in April, the Long Reach Village Center opened offering the residents a near-by place to shop. A word about Long Reach names. “Phelps Luck” is a modification of the original land grant, “Phelps His Luck”, “Locust Park” was originally “Locust Thicket” on the land grant map. “Treover” and “Majors Lane” are also from land grants. “Kendall” appeared on two land grants maps and “Jeffers Hill” was named for the poet Robinson Jeffers.

Many of the street names in Long Reach come from the poems by Robinson Jeffers. The street names of Long Reach are certainly unusual. But the next time your address brings a chuckle from a non-Columbian, you can be secure in the knowledge that few neighborhoods have such a rich history at every street corner.

If you would like to learn more about the history of Long Reach you can contact the Columbia Archives at 410/715-3103.

Enjoy a fun night of Bingo with your family & neighbors. Play a variety of games with a lot of chances to win prizes! Disposable bingo cards are 5/$1. Free snacks, drinks available for purchase. No reservations required – just stop by for some fun!

Join us for free presentations at Stonehouse from the Master Gardeners of Howard County.

The how, when, and why of pruning ornamental trees and shrubs and the critters you may encounter along the way. 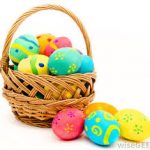 For children ages 2-8. Must be a CA-lien paying resident to participate.

Co-Sponsored by the Villages of Columbia